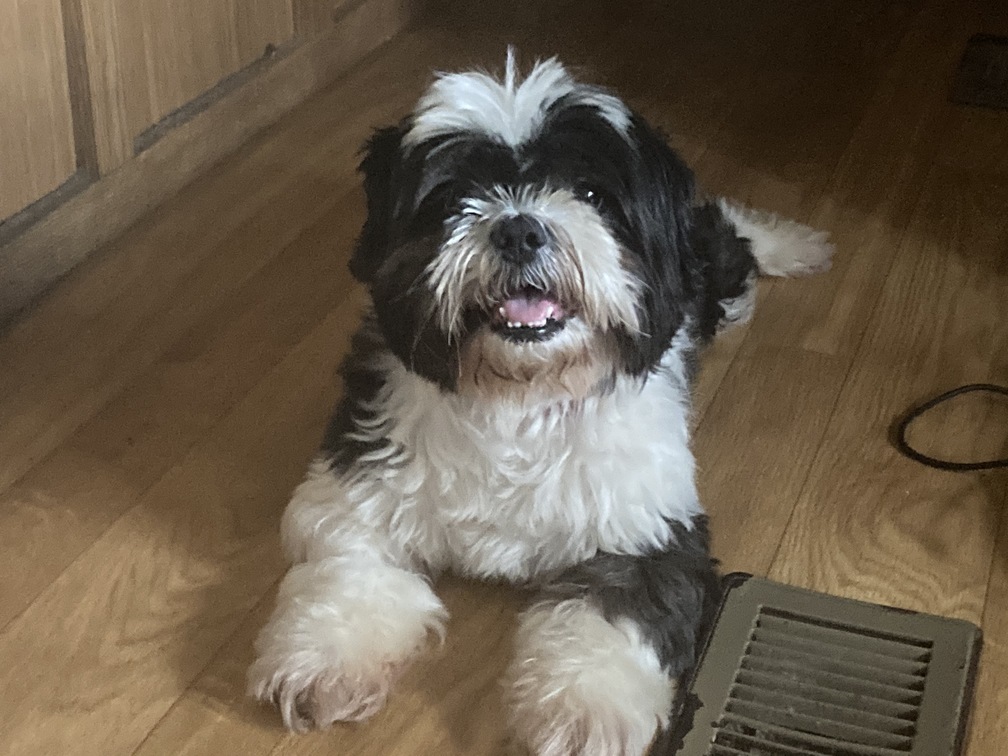 Punchese, Age: 9 A Shih Tzu. The first dog. We got him when I was six years old. He is a very good boy. I named him obviously because I was six. People incorrectly spell it as Punchies!!!! >:( >:( Said as Pun-cheeze. When he was younger he used to break his way out of the house. When he went on this excursions, he went swimming, which scared us because we live in a swamp. Alligators and such. Other times he'd be down the road! But as hard as we tried, we couldn't stop him. He always found an oppurtunity. As he has aged, he stopped escaping, thankfully. He is still very active. 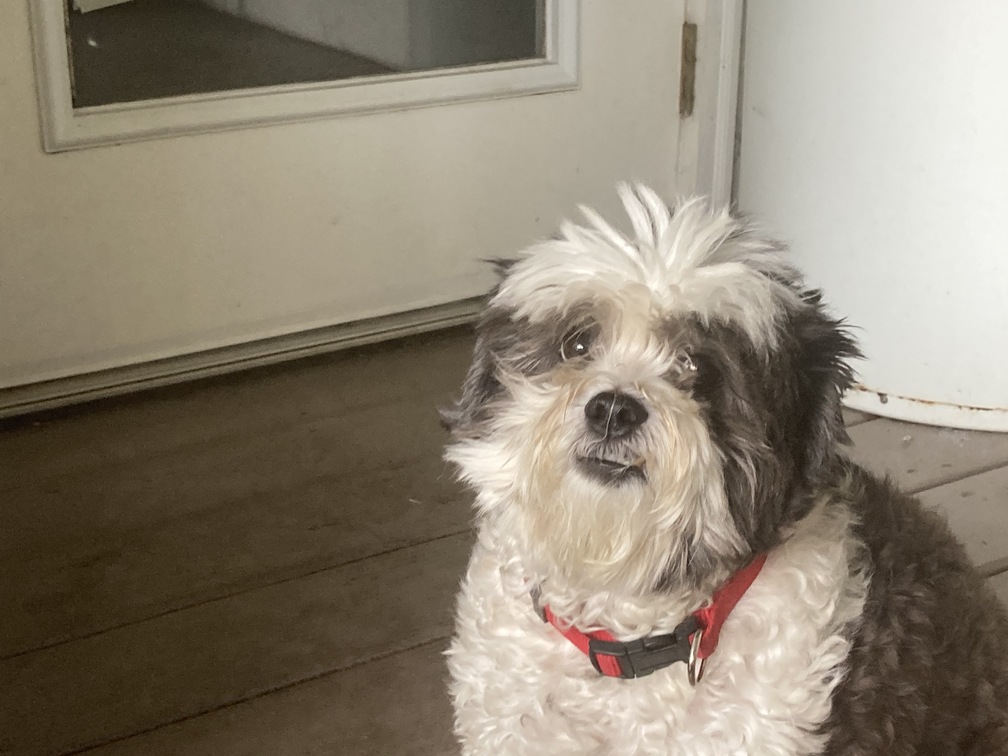 Mardi, Age: 8 RIP Shih Tzu - Toy Poodle hybrid. Mardi's story is one of accident. Remember earlier when I said Punchese liked to escape? Well, a neighbor left their door open. Yikes. The neighbor didn't get mad, he actually thought it was hilarious. Mardi was one of the pups. They were all given to the neighbor's distant family, except Mardi. He was given to my grandparents. And if you follow my blog, you know that they probably weren't the best caretakers. We recently got Mardi, 7 years later, after my grandpa was taken to a nursing home. And because he had messed up owners, Mardi has some problems. Reddit would call him a "chonker" because he is fat, due to a bad diet. Mardi also seems... mentally off. Very confused. We are trying to give Mardi the best life we can! 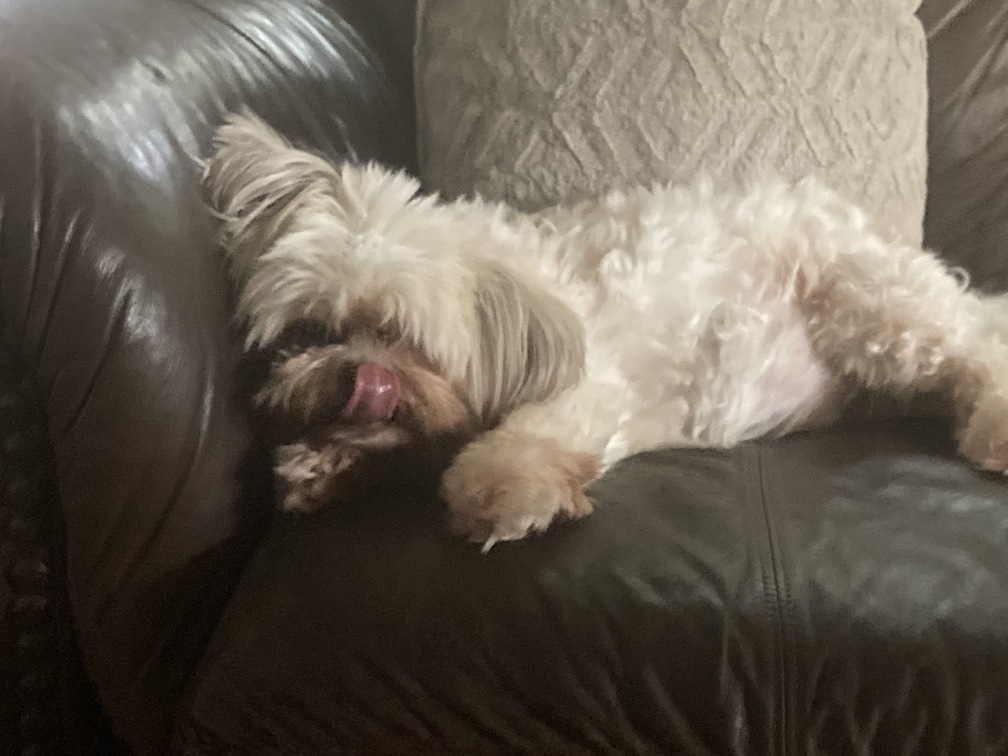 Buster, Age: 11 When "researching," my mom told me that Buster is "part shih tzu, part chihuahua." I find that hard to believe. Buster is the opposite of Punchese. Not active at all, never runs or plays. Buster's whole goal in life is to vibe. If you pet him when he is about to go to sleep, he'll growl at you. Buster's story is also interesting. His previous owner got a new big dog. Buster and this other dog were fighting. And instead of getting rid of the brand new dog, he got rid of ole Buster. What a mean person! But we got him now, and thats good. 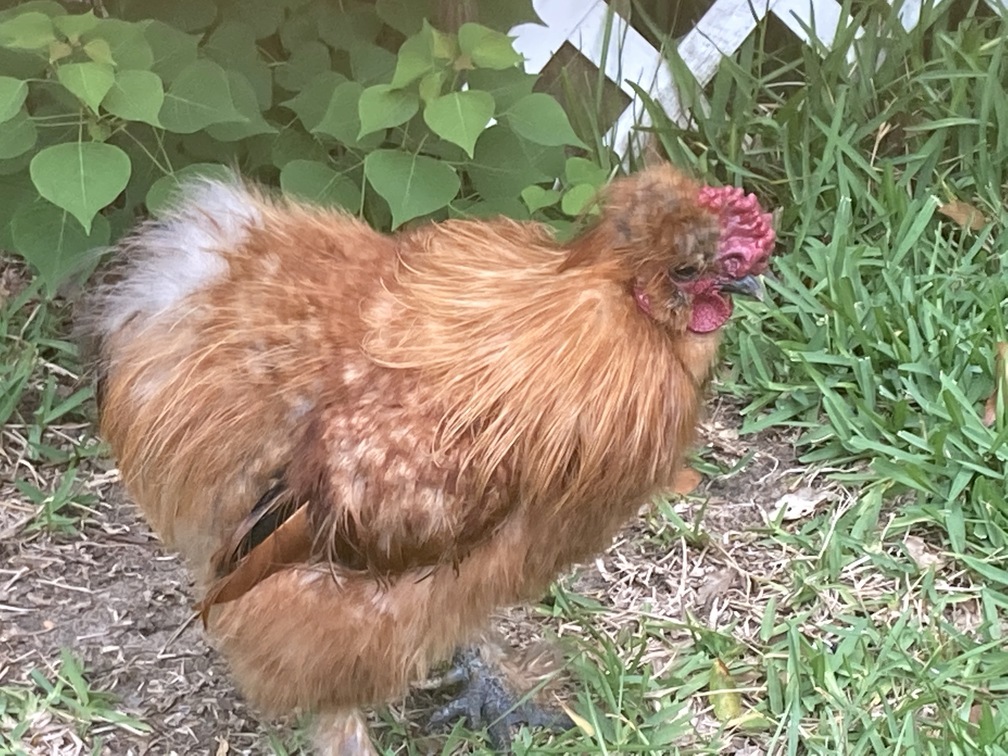 Bouf "Boof", Age: 3 RIP died of a respiratory infection. ;-C He was named after his bouffant-ness due to the fact that he was a silky chicken. 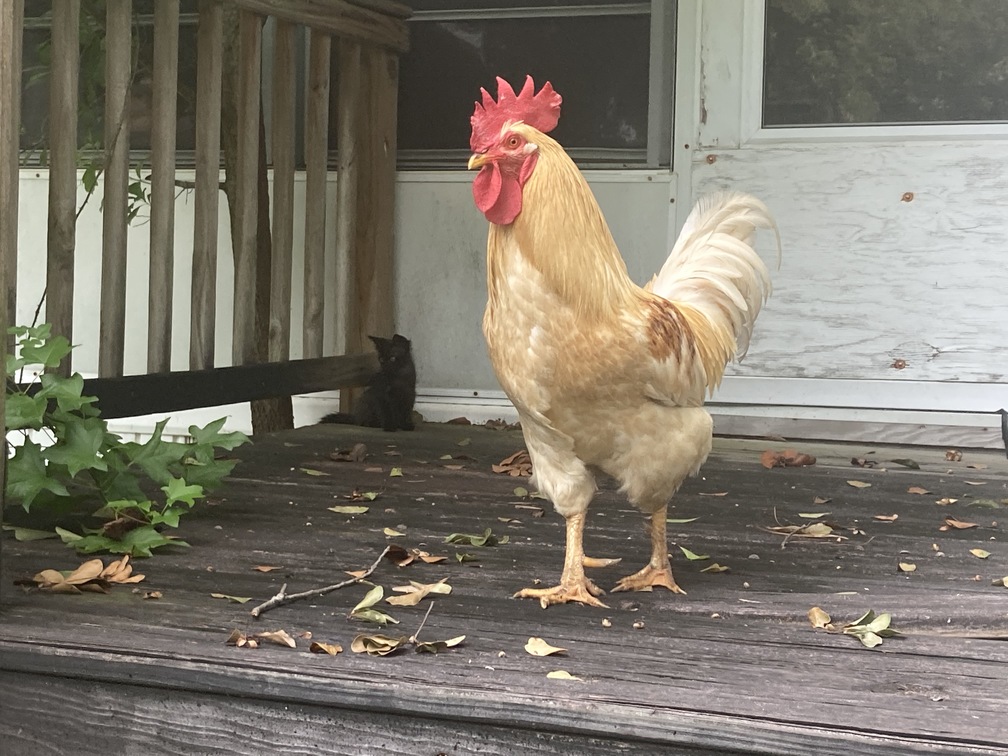 Roc-a-Junior, Age: 3 The opposite of Boof. Not evil, actually very nice. Big. Protects people from Boof. Sometimes lets you pet him. 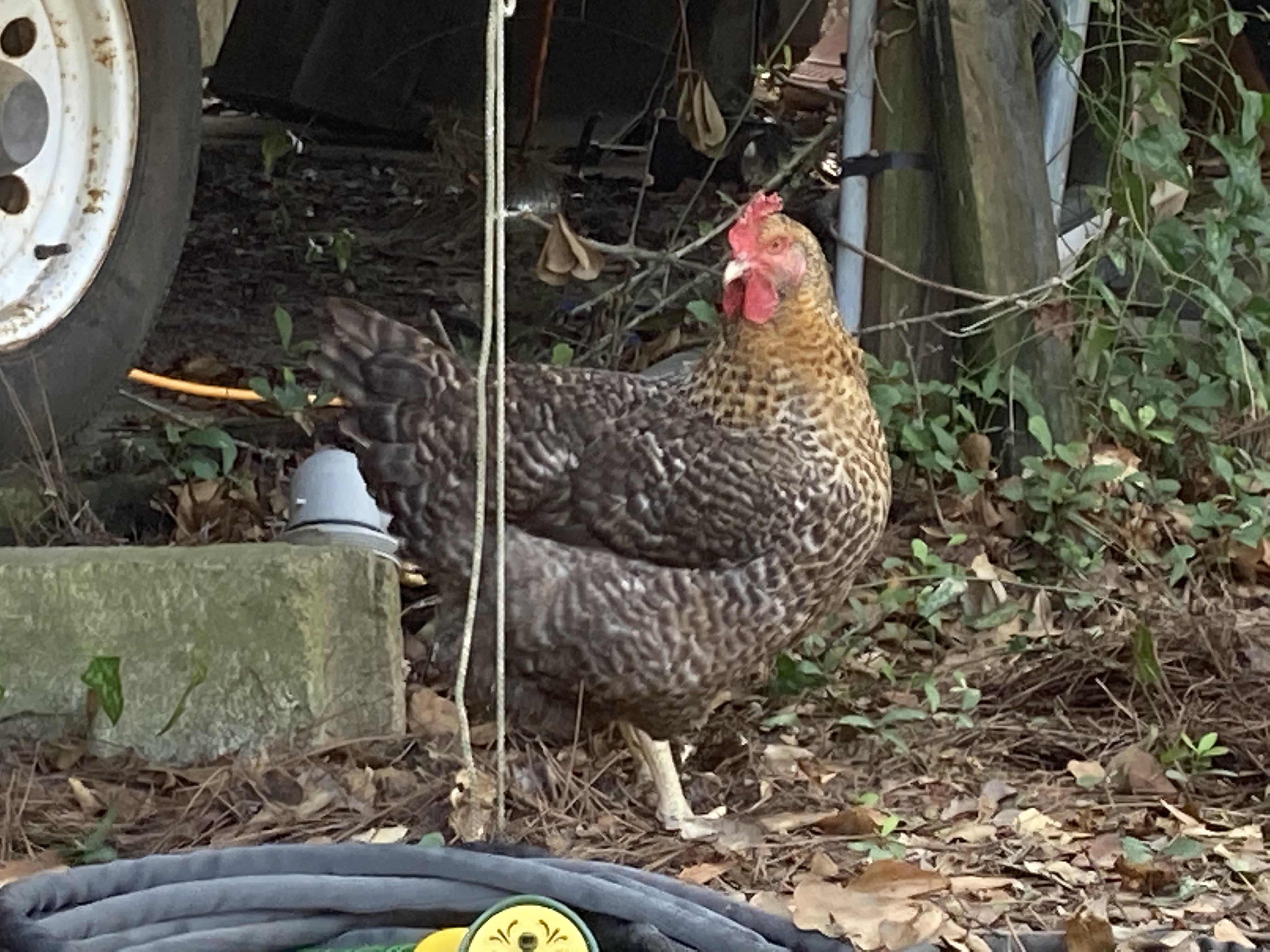 Melania, Age: <1 RIP Archive: Of course my mom is the type of person to name her pet chicken something political... gross 🤢🤢. I wasn't there when we she named her Melania the chicken weighs a ton, is chonk. 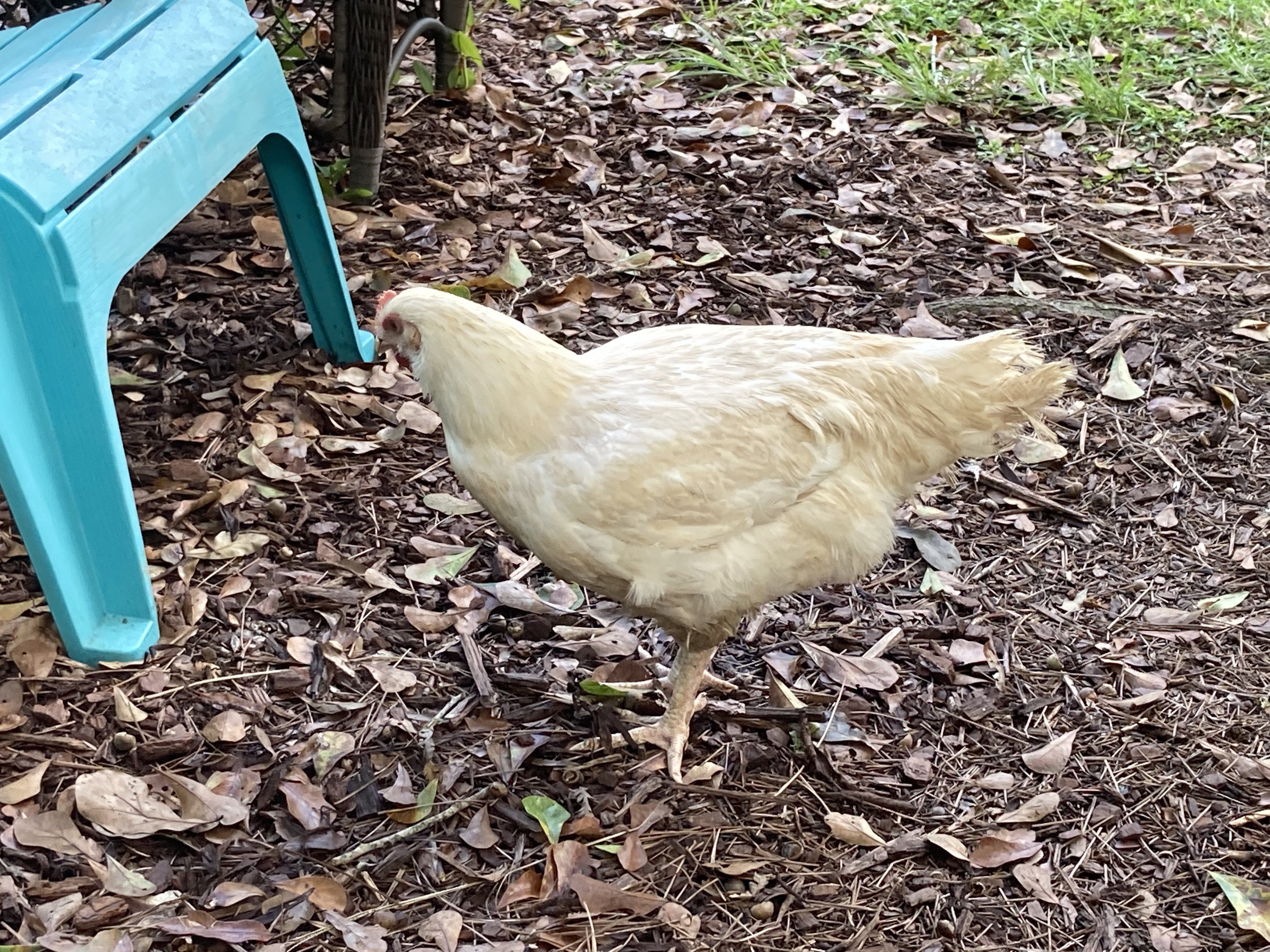 Jill, Age: <1 RIP Archive: Was really tempted to name this chicken AOC or Kamala or something to get back at my mom, but chose Purity instead. Also very chonk. She is nice, lets you pet her. Update 11/16/20: My cousin suggested Jill so now we have two FLOTUS chickens???


[Picture will be posted, eventually...]
Anastasia: A Russian Orloff hen, probably one of the last kind of chickens you would expect to see at an Alabama farmers swap meet. But she was there, being sold by an Eastern European lady, and we snagged her up. We gave her an appropiately Russian name (my idea). Probably the smartest chicken we've ever owned. She is a loner, not hanging out with the flock most of the time. If she doesn't be careful, that might end bad for her!


[Picture will be posted, eventually...]
The Twins: Two sisters, bought from the same lady we had bought Anastasia from. This time we went to her house to pick the two up. She had her own little poultry showcase going on there. Many different types of chickens there. The twins are sassy, not afraid of picking on others to get the stuff they want. But they are smart, in their own kind of evil-ish way. 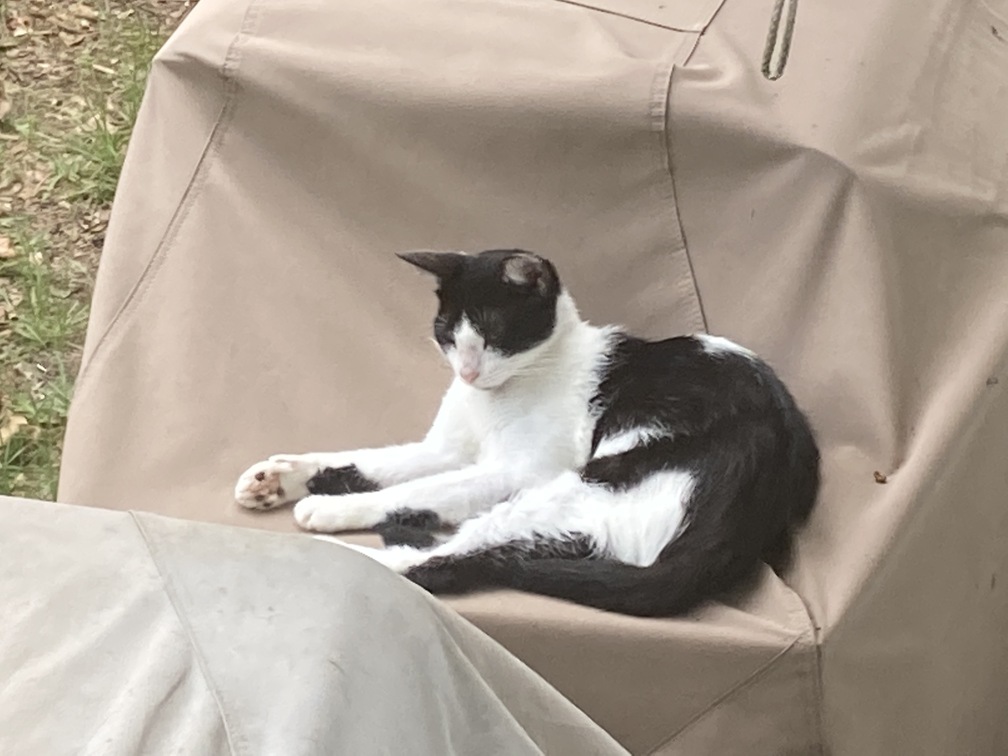 The Cat Gang: The cats control our lives. They wouldn't stop replicating... until a neighbor captured them and stopped that from happening again. As in she got them fixed. EDIT: They continue to replicate. There is too many for me to list them all, but I'll list some of the great names. "Cat" "Fluffy" and "Fluffy Jr" and "Grey Cat." Pictured here is "Cat" lying on a grill cover.